Well done to Nuala Callery who finished 2nd overall at the Scottish 6 day event in the W35 short class.
Other Wato results were: Thomas Callery 25th on M40 short; Jana Cox 19th on W16B; Laura Cox 30th on W18 Long.
Congratulations to Laura Cox who has been selected to represent Ireland at the forthcoming Junior Home Internationals in Wales in the W18 class. We look forward to heaing about experiences. 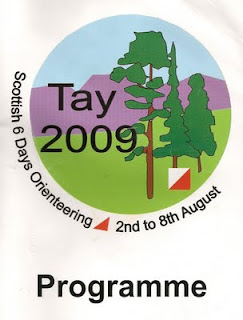 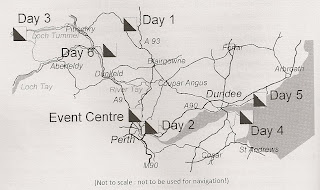 The Scottish 6 day event took place in Tayside during the first week in August. Despite the abysmal summer weather, we were lucky! Here are some reflections on the M50 competition. For the thoughts and analysis of one of the top orienteers, Martin Dean (finished 2nd overall) check out his blog.
Day 1 was at Dalruzion in coniferous forest with some intricate contour detail. It took some time to get used to what the mapper had decided to include and which clearings and rides, he had decided to leave out. Control 1 on the M50 course (134 competitors!!) proved a very challenging start after a summer of no orienteering. I got into it by the 4th control when I was caught by another Irish runner. In my rush to get away from him, I made a massive error and lost a lot of time (81st). The mind plays funny games and you can make the map fit the terrain even if you are in completely the wrong place.
Day 2 was nearer to base at Kinnoull with much nicer runnable forest. However one particular control proved to be a lottery. There were two obvious route choices. However one proved to be much faster and straightforward than the other. More time and places lost (65th).
On M50, there were 6 Irish competitors and as always there was a competition within a competition to be the best placed on the day and then finally overall. By Day 3, I was ready to drop the first two days places. The best 4 days count overall.
Day 3 was a typical West Cork day with rain sweeping in over the moorland and soggy underfoot at Tullochroisk. 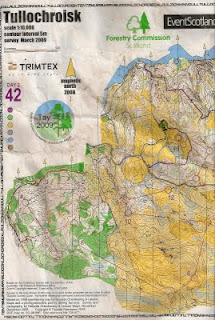 Despite losing time at control 2 and small errors within the forest, I picked up plenty of places out on the open as people tired (56th).
The next day was rest day but there was the option of doing the Sprint O around Scone Palace and the Perth racecourse. 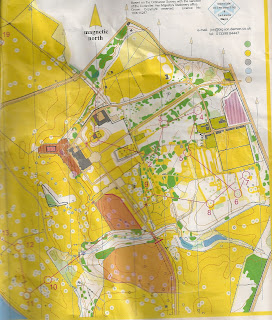 The Palace area was not that well mapped with odd rides and colour usage, the race course area was simply long legs through fields. Despite finishing 94th out of 194, I was a little disappointed wih simple small errors. Was however 2nd Irish and 7th best M50.
Day 4 was at the forested dunes of Tentsmuir. 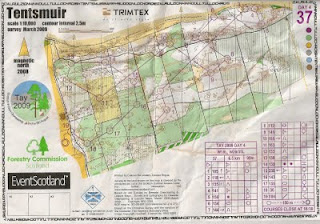 In reality only the first section was interesting when there was lots of short legs in the technical dune area. A long leg then to rejoin the shorter courses in some uninteresting forest. There was even a crazy leg into a completely felled area...we would not even do this in local events. The pressure of other Irish runners hit again as I caught up with a runner just before a control and we both managed to punch the wrong one in our hurry to get away! The time would have put me in a respectable 58th place. Now the pressure was on because I had to drop this day!
Day 5 was in the military training sand dune area of Barry Buddon, near Dundee. Once again one big error cost me time but finished 66th place.
Day 6 was the big one. Our start block had begun on the first day near 10 and ended on the last day near 2. Out on the moorlands near Loch Ordie with plenty of heather the omens were good.
The start was anything but! I had lost 4 minutes by the time I relocated the first control. From then on, I probably had my best run for a long time in 43rd position. This was enough to achieve my goals of being the best Irish runner in the class, to be in the top half overall (65th out of 134) and to finish one day in the top 50. What a great way to finish. 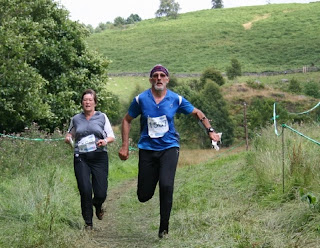 Neil at WOC in Hungary 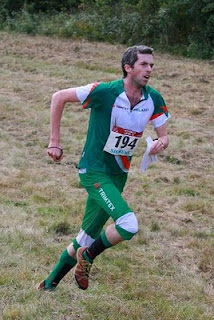 Congratulations to Neil Dobbs who is representing Ireland at the World orienteering Championships in Hungary.
Check out his blog for a flavour of the efforts he is putting in!