Results from the Non League, Come and Try it event held at Kennedy park as part of Heritage Week can be found on the IOA website. Apologies to those who are interested in their splits as there seems to be some problem uploading these without errors. Will work on ironing out the problem.
Thank you to Angela and Jana for their help in running the event.
The next event will be the schools event at JFK on 21st September. If anyone is able to lend a hand, I would be delighted to hear from you. The next club event will be in Tramore on 26th September. 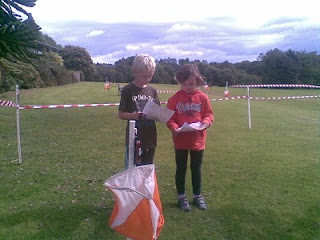 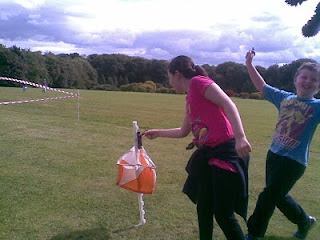 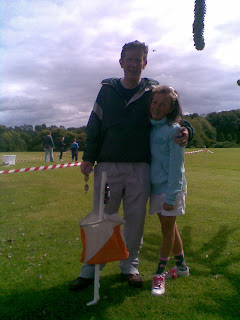 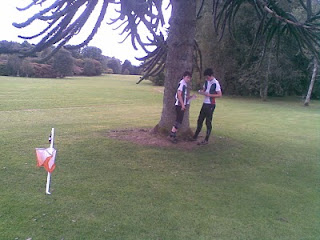 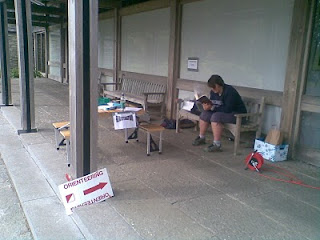 Change of Direction in Sport

If you missed the Health Supplement on Tuesday in the Irish Times...here is the link

No pre-qualification....it is your chance to participate in a World event with former elites and regular club orienteers from all over the world. I went to Switzerland with the premise that there is always someone a) worse than you and b) will mispunch or not finish the course on the day.
Any age, shape and size can be seen at the World Masters..ranging from new born babies of 35 yrs old to the grand daddy of them all who is over 95 and still going strong.
In the past couple of years they have brought in sprint qualification. There was not a great demand for it once but now most people compete in the short form of street O. Age classes are divided up into random groups/heats for qualification in La Chaux de Fonds at the heart of watchmaking Switzerland. At M50 (my class) there were 294 sprint competitors divided into groups of around 60. I was in heat 2 which was won by Jorgen Martensson (a former Norwegian elite). Despite a mistake in the middle part of the course I finished the 2.3 km in 18.29 which was enough for 27th place. (25 seconds quicker and I would have finished 20th!) This qualified me for the B final. 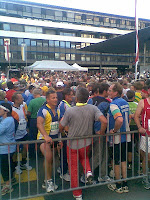 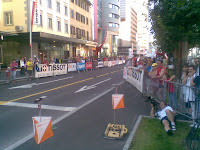 The photo shows what happens when the Sport Ident system cannot manage the numbers of finishers...fortunately I was an early starter and avoided the queues that built up in the centre of the town.

Despite another error of interpretation near the finish in the final in the old streets of Neuchatel, I had a respectable run 16.08 and finished 49th out of 80. Tiny errors of judgement can cost many places but overall I was delighted with this.

The Long Distance Qualification races were much more challenging. The first day was 7.5 km at 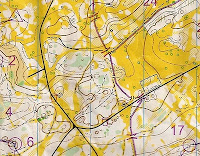 Les Breuleux. The many open runnable areas made the times fast if....and only if you did not make it a mistake. Relocation in the early part of the course was tricky. This cost me a wopping 24 minutes on 2 controls. I ended up in 44th out of 53 in my heat.
The second qualification took place at Les Cernets over the shorter distance 5.5km. 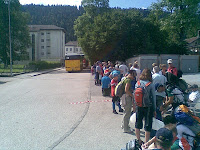 More queues as they underestimated the time taken to transfer 6000 competitors up to the competition area by bus shuttle.
I had a marginally better run but still too many errors and finished 41st in my heat. Despite this, I ended up in the C Final which was a big improvement on the D Final four years ago in Austria.

After a rest day, the finals took place at Le Cernil.
This was to be my best run. Started off cautiously and used simple handrails and catching features to spike the first two controls. The 3rd control nearly proved my downfall as I lost 10 minutes in some harmless forest with plenty of tracks. Misread the tracks and had to relocate. From then until the end I had a near perfect run for me and caught up loads of places to finish 29th out of 83 in the C final. Next year I can look forward to moving up to the equally competitive M55 class.

It would be great if there was more Irish and specifically Waterford representation in Hungary next summer of in the Harz mountains in Germany in 2012. There are open events for younger age categories as well up to W18 and then open for other less competitive adults.

Orienteering in the Alps: Tyrol 2010 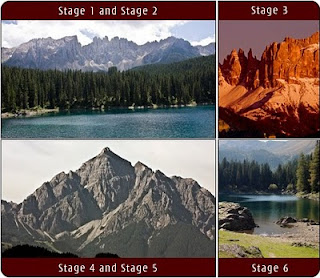 After a false start out of Waterford airport when Aer Arann in their infinite wisdom decided the flight was not taking off as they were unable to refuel it, the Cox family trekked off by car to the Italian Dolomites. Evening ferry out of Rosslare to Fishguard, arriving in the middle of the night, cross Britain to the Channel Tunnel. 7.30 a.m. train under the English Channel and arrived in France 35 minutes later. Autoroutes, autobahns and autostrada galore as I drove through the day into NE France, south of Stuutgart in Germany, around Munich and south to Innsbruck in Austria. Getting dusky by this stage as we crossed the Europa bridge and on through the Brenner Pass to Italy. Almost as far as Bolzano before entering the Eggetal where the first three days of the Tyrol 6 day Orienteering event was to be held.The event centre was a small village in the Dolomites called Deutschnofen. The first two days however were held close to the Karersee. A beautiful setting at over 1600 metres and some of the toughest orienteering that I have encountered. 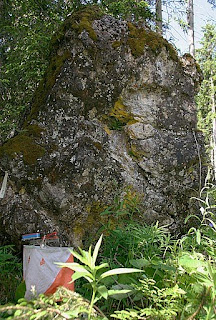 The image of the boulder does not tell the whole story...it was like being in the middle of a rock fall and the whole area being covered with

dense vegetation...tricky detail!
No wonder they call the map, the Labyrinth.


After 3 days of sweltering heat on the Italian side of the border, we headed north to Innsbruck and the Wipptal.
The rest day featured an evening sprint race in Fulmes

at the end of the famous valley which has the Stubai Glacier at the upper end. 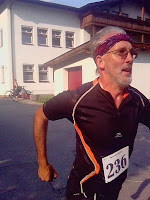 Days 4 and 5 involved getting a chairlift to the competition area. Despite the very steep run in to the finish, it was more normal forest for the most part. 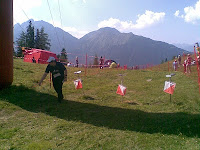 The final day was at the scenic Oberbergersee

with a mixture of runnable forest and some technical rockfall areas.

Producing League positions proved more difficult than expected. There is a standard programme to calculate these but the following problems arose.
1. competitors using abbreviated forms of their names
2. Munster League events provide 6 colour coded courses so that there is a crossover between light green, red and green.
3. Age categories change on January 1st which means some youngsters move up to a harder course.
4. Family groups are to be encouraged but makes it difficult to work out which youngsters merit prizes.

Anyone who has not yet collected their prize (book token) should see me at the next event.