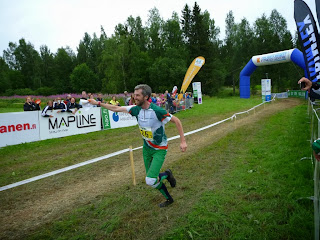 Neil Dobbs was first into action as he represented Ireland at the World Championships in Finland. He is currently ranked 287 and you can look at his full profile here. This is the level to which all our young club members can aspire.

Next into action was Robert Pim who represented Ireland at the Junior Home Internationals in a wet and windy Wales. 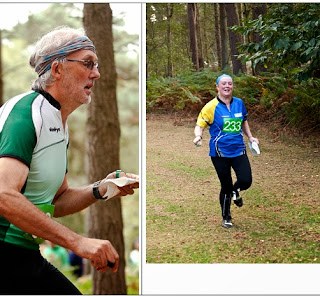 and  finally the Veterans Home Internationals where the club was represented by Sue Pim, Jeni Pim and Andrew Cox 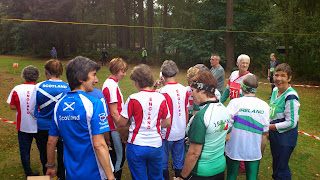 Waterford was invaded by a small but elite band of Junior squad members plus their mentors and a return to Inter varsity training. 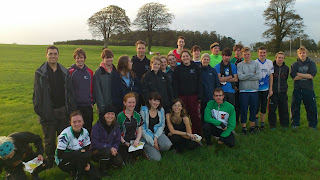 A huge thanks to Danny O'Hare and Ruth Lynam who put together some excellent training exercises on the Coumshingaun map on Saturday morning. Thanks to the support team of mentors and shadows who facilitated the various line following, star and control picking exercises in true wet mountain weather. Some of the shorter (oops younger) competitors found the vegetation head high in places.

In the afternoon there were sprint races with varying degree of gaffling and loops at the WIT sports campus in sunny mild conditions. Josh O'Sullivan Hourihan narrowly pipped Conor Short on the long course.

Emer Perkins beat all on the short course ahead of Clodagh Moran and Eadoin McKavanagh. Full results here.
Thanks to Laura and Angela Cox for their help in running the event. The planner got locked in behind the barrier whilst bringing in controls and had to call for help.
Those staying the Beach Haven hostel were served up a feast for dinner by Jeni and Nigel Pim. The weekend is worthwhile for this alone.

Around 30 enthusiastic torched up runners took to the sand dunes in Tramore in the evening only to be foiled by a thunderstorm of epic waterfall proportions. Eventually it was decided for health and safety reasons to call the event off. Apologies to all those who were looked forward to the mysteries of John Casey's planned courses. Thanks to John and Ian who battled the elements to bring back in the controls.

On Sunday, the weather could not decide what it was going to do....eventually deciding that each group of runners should be throroughly drenched at some stage. The Munster League event at Mahon Falls lived up to its reputation for crags and boulders that vary in size and tend to move. 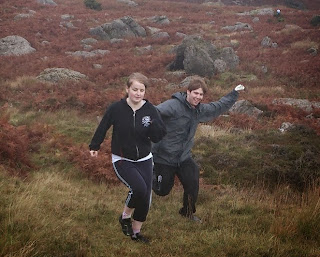 Apologies to anyone who had difficulty with 259. I allowed it if you missed it due to debate about its true position. Fortunately it was not on the blue course!  The younger and less experienced competitors found the going technical. Yet there very few non finishers. Thanks to the planner Pat O'Connor for devising the devious control locations, especially 229 and 233 which stumped/slowed down many people. Thanks also to Thomas Callery and Andrew Pim for putting out and collecting controls; to Norman Storey on parking;
to Elizabeth Storey for doing registration; and to Aislinn Callery for helping on download.

Congratulations to Eoin McCullough on his fine run on the brown course ahead of Conor Short and Rob McEvoy. Andrew Pim won out on the blue course ahead of John Scannel and James Haynes. Zac O'Sullivan Hourihan was an excellent winner of the Green course ahead of Jim Callnan and Ailbhe Creedon. Ruairi Long took the Light green course ahead of Emer Perkins and Dara O'Clerigh. The Orange course was used for training by the less experienced DUO members and was won by Jana Cox who shadowed her peers. Finally, AislinnCallery took the yellow course. Well done to all who completed courses
Full results here
...and to everyone who turned up. I hope you all enjoyed the weekend despite the weather.

Orienteering for all abilities, all terrains and all weather...welcome to Deise Days.
On Saturday 19th, the MOA (Munster Orienteering Association) invite young orienteers between 14 and 16 to join Danny O'Hare for a coaching session between 11 and 1 at Coumnshingaun in the Comeragh mountains. This is aimed at those who already have basic skills and interest but would like to develop them further. If interested, please contact Andrew Cox (wato2@eircom.net) by Thursday. 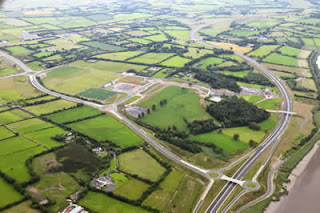 At 4 p.m. join us at Carriganore, WIT sports Campus for the first round of the Third level Sprint race series.
There will 4 long courses with gaffling to encourage direct competition between competitors. Length 3.7 km There will be 2 short courses with no gaffling. Length 2.5 km.


A night O event will be available for experienced orienteers in Tramore sand dunes with assembly at 9 p.m. at the carpark. Bring a good head torch. 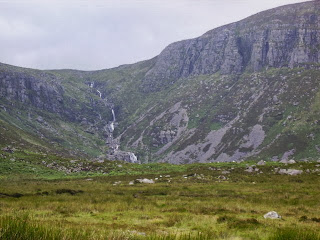 On Sunday 20th October, Wato will host the next round of the Munster League at Mahon Falls with start times between 11 and 1. Course lengths to follow but usual Brown to Yellow courses.
Anyone who is intending to bring a group to any of the events must let the club know if advance to ensure enough maps are printed. 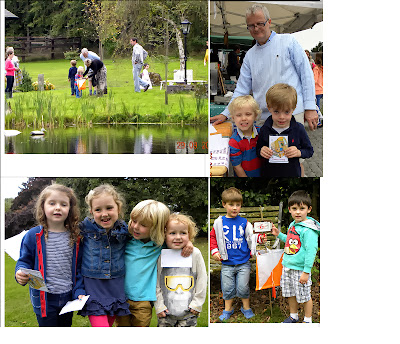 Some pix from Come and Try it session run by Pat Healy and Eileen Loughnam at Highbank Orchard at the end of the Kilkenny Trails Festival. Great family day out. Well done to all concerned. Results can be found as a page on this blog. 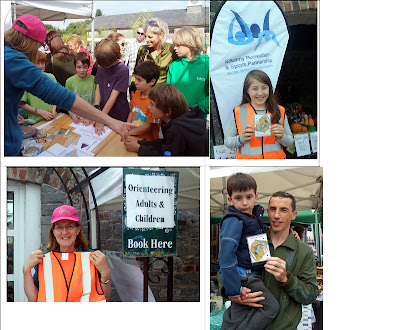 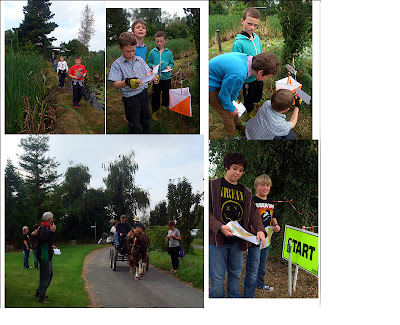